We have lots of dog friendly beaches extremely close to Brightham House, the South Hams are famous for their beautiful beaches.

They are all listed below, with the closest being first and have also where we can given dog friendly info too!

Is our nearest beach being only just under two miles away.
Hope Cove consists of two sandy bays, Inner and Outer Hope. As the name suggests Inner Hope is more sheltered and is actually home to a small harbour tucked away behind the rocks at the northern end.
The twin beaches back onto the charming village which has plenty of facilities making this a popular family beach.

This popular South Hams village lies in the shelter of Bolt Tail, within the wide arc of Bigbury Bay.
Both beaches are sandy and backed by the red sandstone cliffs familiar to this part of Devon.

The northernmost, smaller of Hope Coves two beaches is also known as Mouthwell Sands. This is generally the more popular of the two, benefiting from a seasonal lifeguard service.

The wider, harbour beach is a great place for exploring with rockpools at either end and often something interesting going on.

Although tourism surpassed fishing as the villages main industry many years ago there are still a few small boats operating from here.

Dogs are allowed on the bigger village beach all year but must be kept on leads. There is a seasonal dog ban during the day on the other beach (Mouthwell) (May to Sept)

Thurlestone offers the visitor two sheltered sandy beaches to choose from.  Leasfoot, the smaller of the two lies next to Thurlestone Golf Club, while the larger Thurlestone Sands is just along the coast, closer to South Milton.

The beaches lie in a designated Area of Outstanding Natural Beauty and its easy to see why. They have a distinctly rural feel, and children will love splashing about in the clear shallow water at the shoreline. Care does however need to be taken further out to sea as signs here warn of dangerous rip-tides, currents and sudden shelving.

A notable feature at Thurlestone Sands is the famous Thurlestone Rock- an arched natural rock formation lying just off the rocks at one end of the beach. This is best viewed at high tide. The rocky outcrops flanking the beach provide shelter to the main beach area and expose some interesting rockpools at low tide.

Although dogs are allowed on the beach at any time of year, there are strongly enforced dog-fouling laws here, which help to keep the golden sand here lovely and clean.

Leasfoot Sands is a lovely little sandy beach located in front of the Thurlestone Golf Club, just north of Thurlestone beach.
The beach here is nearly always far less busy than its better-known neighbour and is often more sheltered from the breeze by the headland of Warren Point.

There is plenty to do at Leasfoot and it is generally safe to swim, although there is no lifeguard service. The rocks at either end of the beach make for some good snorkelling and are great for rock-pooling when the tide goes out.
Being slightly off the beaten track Leas Foot beach has no facilities itself.

North Sands is a sandy beach located to the south of Salcombe and is an easy fifteen minute walk along Cliff Road from the town centre.

The nearby ruins of Salcombe Castle, also known as Fort Charles, provide an impressive backdrop to this already beautiful beach.

Although the beach is relatively small compared to a lot of beaches in the area, the soft golden sand and clean blue water make it a popular beach with families. The bay makes it an ideal place for swimming and the waters are calm and safe for children.

While the beach is completely submerged at high tide, at low tide the sand is nice and soft for sunbathing and relaxing.

There are also several convenient amenities nearby, including ample parking and the beachs own cafe and shop.

Dogs are allowed on the beach year round and North Sands has been named numerous times as one of the most dog friendly beaches in the area.

An unspoilt sandy cove at the mouth of the Salcombe Kingsbridge estuary. Some parking close to the beach, or take the passenger ferry from Whitestrand Quay in Salcombe. Facilities for canoeing, sailing, windsurfing and diving.

Dogs are banned between May & September.

Bantham Beach
Bantham beach is one of the best in the area and ticks all right the boxes if you want a typical English seaside holiday. Beautiful and safe, this crackingly good beach is part of the designated South Devon Area of Outstanding Natural Beauty. It’s also won awards from the Marine Conservation Society and the coveted Blue Flag, so you know its clean. You can see Bigbury Bay and Burgh Island from the beach – a couple of interesting locations that are well worth a visit. You can get to Burgh Island by taking a ride on the famous sea-tractor. Bantham is shallow and sandy so it’s great for people who want to do a little swimming or paddling, and there are lifeguards on duty from May to September. At low tide, you’ll find loads of shallow pools that warm up quickly in the sun and are perfect for crab hunting.
Surfing Trips
But theres more to Bantham beach than just sun, sand and ice cream. Its also one of the best surfing beaches in South Devon. The beach has got mellow waves for beginners (known in surf-speak as ankle slappers), while the mouth of the River Avon fires out enough rips and breaks to test even the most radical hot-doggers.Once you’ve had enough of the waves theres a pub nearby serving great beer and home-cooked meals. If you want to stay near the beach there are plenty of great B&Bs in the local village. The beach is well served with its own facilities, including a beach shop where you can buy all those little essentials. While dogs are not allowed on the beach between May and September they are allowed on the Estuary all year round, which you can get to at low tide.Bigbury on SeaLocated in an Area of Outstanding Natural Beauty, Bigbury on Sea beach in South Devon is ideal for family holidays. Dusted with sand and lapped by shallow waters, the beach offers safe fun for groups particularly if you’ve got children in tow. In addition, Bigbury on Sea beach is dotted with rock pools, so theres plenty of entertainment for budding marine biologists who like to explore.

Bigbury on Sea Beach has a wide and varied selection of water sports available to visitors who prefer their holidays to feature a little adrenaline rush. If you want to try something different from the usual bodyboarding or surfing then windsurfing and kite-surfing are popular here, with hire facilities located right on the beach.

To give you some peace of mind, there are lifeguards present at Bigbury on Sea beach during May to September and the beach also has a first-aid room. The beach has excellent water quality so you can be sure the whole family is safe to enjoy the sea, whether its paddling your feet or swimming along the beautiful beach. You can even take the dog onto Bigbury on Sea beach, although they are restricted to certain areas during the summer.

Bigbury on Sea beach has good facilities including a cafe and public toilets.

If you fancy all the atmosphere and excitement of a holiday abroad but without actually breaking out the passports, then get yourself down to Blackpool Sands Beach. Its a Blue Flag Award-winning beach backed by evergreens and scented pines, giving it more than a whiff of the Mediterranean. Blackpool Sands is privately managed and has kept its standards high, making it one of the most popular family beaches in the region.
Blackpool Sands is also on the South West Coast Path, and so is in ideal place to start or finish a walk along this beautiful piece of South Devon coastline.

A Holiday Abroad in South Devon

On top of the pines and the sunshine, the waters at Blackpool Sands Beach are unusually clear and are tested regularly by the Environment Agency to confirm their cleanliness. There is also a superb range of facilities on hand. As well as the usual showers, toilets and disabled facilities, Blackpool Sands also has sand pits so that the kids can enjoy safe and supervised play.
Upgrade your Downtime

If you like to add a little adrenaline to your downtime, then why not try your hand at some exciting water sports? Kayak, paddle boards and wetsuits are all available to hire on the beach. But if you’re thinking of taking the dog then you’d be best advised to find another of South Devons beaches, as dogs are not allowed in the car parks or on Blackpool Sands from March to the end of October.
A beach shop caters for all those beach essentials and there is plenty of accommodation close to the beach.

On top of being an extremely picturesque and popular beach, Slapton Sands plays an important part in the survival of some of the UK’s rarest flora and fauna. So if you’re looking for a cracking beach holiday with the opportunity to do a little bit of exploring on the side, Slapton Sands should be on your list of must visit destinations.

If you like your scenery to have a bit of history then Slapton Sands has a very moving story attached to it. In 1943, the beach was taken over by the allied forces to use as a rehearsal area for the D-Day Landings. Unfortunately, a combination of live ammunition and poor visibility resulted in the deaths of 749 American servicemen. You can visit a stone monument which was set in place on Slapton Sands to commemorate the ill-fated Operation Tiger, along with a Sherman Tank at nearby Torcross.

Slaptons Sands’ Present
Today, Slapton Sands is a beach where families and friends can enjoy great holidays. South Devons Mediterranean style climate means that the sea is safe, clean and calm, and there are plenty of water sports such as surfing, windsurfing and canoeing to try out. The beach is patrolled by lifeguards during the summer months and there is a flag system in place telling you where its safe to swim and when to stay out of the water.

You can pick up a flag guide at the local Post Office or check local websites including the RNLI for details.

If you get peckish and have forgotten to pack the sandwiches, theres a beachside cafe serving drinks and light refreshments and Slapton Sands has facilities for anyone with mobility restrictions, with disabled beach access and toilets. If you want to bring the dog, you’ll be pleased to hear that Slapton Sands is a dog-friendly beach, allowing dogs throughout the year.

Many visitors come to observe wildlife in the Nature Reserve. Throughout the year the plants and animals living in the freshwater lake, Slapton Ley, vary according to the seasons, giving you the chance to see something different every time you come. The whole stretch of this particular piece of coastline has been designated as an Area of Outstanding Natural Beauty and is a great destination at any time of the year. 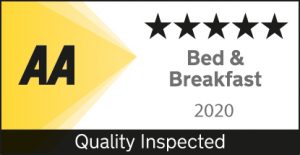 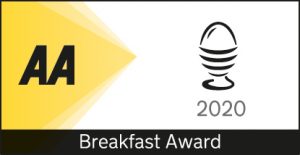 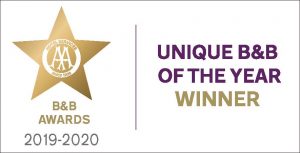 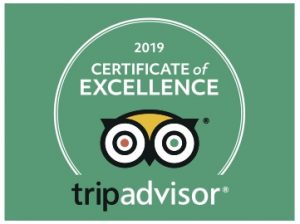 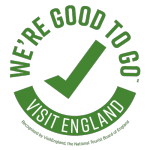